Further Under The Duvet

Hello and welcome to Further Under the Duvet, the follow-up to Under The Duvet, my first volume of journalism.

I say ‘journalism' but the articles included here are mostly humorous autobiographical pieces about subjects like my great love of make-up and ill-health and my great fear of being trapped on a bus in a foreign country with forty Irish people (it's the singing). There are also a few more serious pieces about feminism, mediums and charity trips I've made to Ethiopia and Russia.

This time around, some of my short stories are also included. In fact, all of them seem to be, all seven of them. The thing is that I find it really hard to write short stories (the clue is in the name: they're too short. I'm only really getting into my stride with the characters and the plot, when next thing, it's time to finish it. As a result I've written very few.)

Also included here is something called The Mammy Walsh Problem Page. Mammy Walsh is a character who has appeared in several of my novels as a supporting character (a mother, as it happens) and over time she has developed a life of her own. In response to readers' requests, she now dispenses no-nonsense advice from my website. I am slightly worried that by giving her a platform in this book, she'll lose the run of herself entirely; she's pretty strident at the best of times.

Some of the articles in this collection have already been published and the various publications are credited at the end of each piece. Thank you to all of them for permitting me to re-use the pieces.

Now, just before someone writes and asks, everything in the non-fiction pieces in this book really did happen to me, (yes, even turning forty) but occasionally I've changed people's names to protect them (and sometimes me.)

All my royalties from the Irish sales of the hardback will go to To Russia With Love, a wonderful charity that works with Russian ophans. And thank you very much for reading this book, I sincerely hope you enjoy it.

Liz Dennis manages the translation rights for Further Under The Duvet 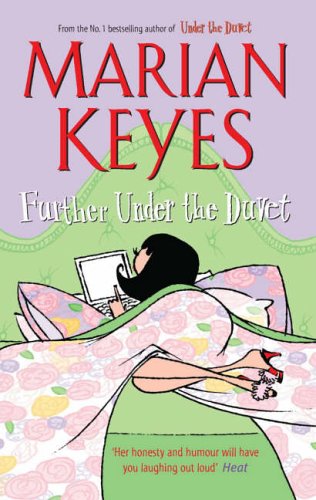