Having been hired to pinch a priceless Van Gogh, Finch finds himself on the run from both HM Customs and client when he tries to hide the painting in Brazil. With both parties bearing down on him, the regular gang of grifters, including Robert Glenister as Ash Morgan, come to Finch's aid.
Media 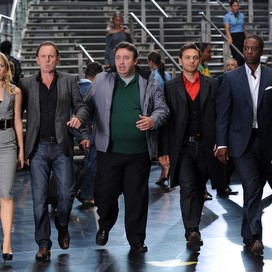