View PDF
theatre
Role Sasha
Director Michael Longhurst
The Royal Court
The Latvians who fought for the Third Reich and halted the Red Army parade as heroes every year through the streets of Riga. As a growing number of young Russians campaign to halt the ‘fascist’ march, their Latvian counterparts join the veterans in commemoration.
When teenager Anya becomes a political activist, her father’s attempts to calm the situation stir up a storm of extremist patriotism.
Remembrance Day takes an unflinching look at the fight for the political soul of Latvia. 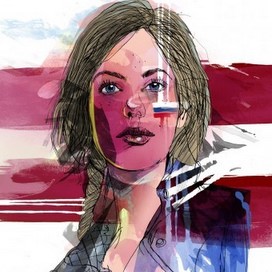