On a hot summer’s day in a poor suburb of Tokyo we meet three women: thirty-year-old Natsu, her older sister Makiko, and Makiko’s teenage daughter Midoriko. Makiko, an ageing hostess despairing the loss of her looks, has travelled to Tokyo in search of breast enhancement surgery. She's accompanied by Midoriko, who has recently stopped speaking, finding herself unable to deal with her own changing body and her mother’s self-obsession. Her silence dominates Natsu’s rundown apartment, providing a catalyst for each woman to grapple with their own anxieties and their relationships with one another.

Eight years later, we meet Natsu again. She is now a writer and find herself on a journey back to her native city, returning to memories of that summer and her family’s past as she faces her own uncertain future.

In Breasts and Eggs Mieko Kawakami paints a radical and intimate portrait of contemporary working class womanhood in Japan, recounting the heartbreaking journeys of three women in a society where the odds are stacked against them. This is an unforgettable full length English language debut from a major new international talent.

Claire Nozieres manages the translation rights for Breasts and Eggs

I can never forget the sense of pure astonishment I felt when I first read Mieko Kawakami’s novella Breasts and Eggs...breathtaking...Mieko Kawakami is always ceaselessly growing and evolving. Perhaps someday she will return to the nearly perfect, natural primal world of Breasts and Eggs.

One of Japan’s brightest stars is set to explode across the global skies of literature...Kawakami is both a writer’s writer and an entertainer, a thinker and constantly evolving stylist who manages to be highly readable and immensely popular.

Mieko Kawakami lobbed a literary grenade into the fusty, male-dominated world of Japanese fiction with Breasts and Eggs.

Intense and provocative, an intellectual thriller . . . Breasts and Eggs remains a stunning work of iridescence, changing with the light. For good reason this promises to be one of the most talked-about novels of the year.

As Natsuko journeys towards a different version of herself, she wrestles with motherhood and mortality and her own artistic ambition in this original and deeply moving novel—that is by turns hilarious, sexy, devastating, and always unforgettable. Breasts and Eggs crackles with provocative insights into the passage of time, friendship, money, and the pleasures and pains of living in a body. I found myself pausing regularly to marvel at Mieko Kawakami’s gift for seeking out the caverns hidden deep within her characters and shining a light there. This book is a gift.

Astute, progressive ... authentic, off-beat ... bold and refreshing – a story of female empowerment, of living without men and male conventions. While the space the novel occupies is very Japanese, its themes are universal.

A striking portrait of contemporary working-class womanhood. Mieko Kawakami expertly juxtaposes the universal but rarely discussed mundanities of being a woman – sticking sanitary towels into knickers, using cold water to rinse period blood out of sheets – with moments of unbearable tension.

From the first sentence, there is a precision and directness to the writing that is startling. The kind of novel I'm always looking for - to be woken up, to see the world in a new way.

Kawakami's prose is bold, modern, and surprising. Breasts and Eggs is a moving story about womanhood and modern life told through the lens of a supremely confident writer.

An Yu, author of Braised Pork

There is a melancholy beauty at the root of Kawakami’s discourse on life . . . Hers is an unvarnished take on domestic life, presenting it as generally miserable, dangerous or steeped in poverty. Though not confined to women, Kawakami's empathy is overwhelmingly with her female characters. It is no surprise that she has become a feminist icon in Japan. . . what a generous yet often sad book it is.

Breasts and Eggs is incredible and propulsive: deadpan on modern femininity, tilting between intimate relationships and sweeping views of Tokyo and Osaka, and abundantly peopled with characters who have lots to say. One to get lost in. 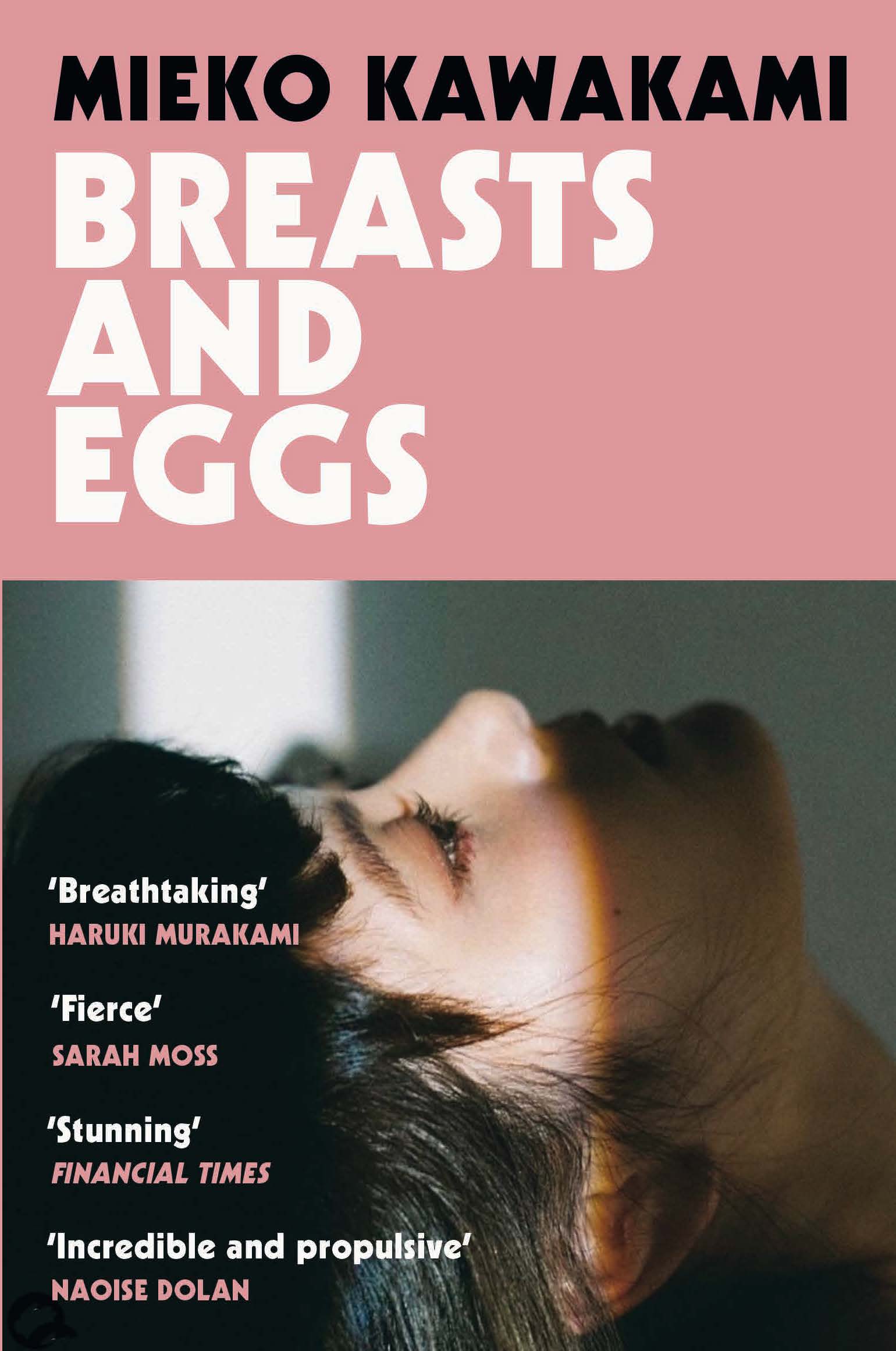