As autumn sets in, the queues outside the soup kitchens of Rome are lengthening, and the people are taking to the piazzas, increasingly frustrated by the deepening economic crisis.

Detective Leone Scamarcio is called to an apparent suicide on the Ponte Sant’Angelo, a stone’s throw from Vatican City. A man is hanging from the bridge, his expensive suit suggesting yet another businessman fallen on hard times. But Scamarcio is immediately troubled by similarities with the 1982 murder of Roberto Calvi, dubbed ‘God’s Banker’ because of his work for the Vatican Bank.

Scamarcio’s instincts are soon proved correct when a cardinal with links to the bank is killed. And when US Intelligence warn Scamarcio to drop his investigation, he knows that the stakes are far higher than he first realised.

Ignoring their threats, Scamarcio pushes on, but his progress is being monitored by some of the world’s most powerful men, who will stop at nothing to make sure their dirty work stays under cover. In breathtaking developments that link 9/11, America’s dirty wars, Vatican corruption, the Mafia, and Italy’s violence against its own people, Scamarcio has to deal with responsibilities far above his pay grade.

Scribe manages the translation rights for The American

In this action-packed follow-up to The Few, Detective Leone Scamarcio is back, investigating an apparent suicide - but others will stop at nothing to make sure their dirty work stays under cover.

A taut, well constructed thriller . . . The American is definitely not the last we will be seeing of Leone Scarmacio and most readers will be hanging on to see what happens next.

Pits the little guy against the global forces that shaped the late twentieth and early twenty first century behind the scenes ... a taut, well constructed thriller.

A rollercoaster ride … Unsettling but compelling.

The American is disquieting and illuminating, I found it an utterly absorbing read. 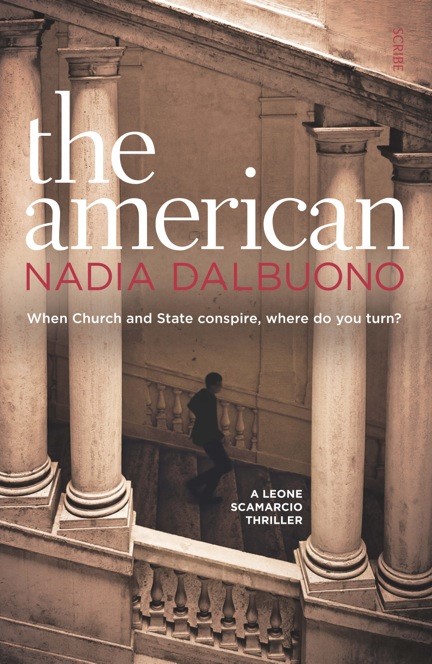