In her riveting new novel Grotesque, Natsuo Kirino once again depicts a barely known Japan. This is the story of three Japanese women and the interconnectedness of beauty and cruelty, sex and violence, ugliness and ambition in their lives.

Tokyo prostitutes Yuriko and Kazue have been brutally murdered, their deaths leaving a wake of unanswered questions about who they were, who their murderer is, and how their lives came to this end. As their stories unfurl in an ingeniously layered narrative, coolly mediated by Yuriko’s older sister, we are taken back to their time in a prestigious girls’ high school where a strict social hierarchy decided their fates and follow them through the years as they struggle against rigid societal conventions.

Shedding light on the most hidden precincts of Japanese society today, Grotesque is both a psychological investigation into the female psyche and a classic work of noir fiction. It is a stunning novel, a book that confirms Natsuo Kirino’s electrifying gifts.
Rights 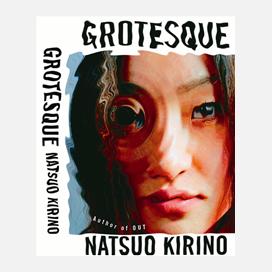