World → Shinchosha Publishing Co
US → Knopf
UK → Vintage
Kiyoko, an ordinary 43-year-old housewife gets stranded on an otherwise uninhabited island with 31 other people — all of whom are young men. Island life is peaceful at first, and Kiyoko receives special treatment from the men around her. However, as more time passes, frustrations begin to mount and she decides to begin planning her escape.

With perspective shifting amongst several characters throughout the novel, the focus is on Kiyoko, the anti-heroine. The novel opens on the day that Kiyoko’s fourth husband will be drawn by lottery and the group have been on the island for five years. As the narrative tension builds, the reader sympathizes with the survivors’ anxiety and despair. Ultimately those who are left decide to stop waiting to be rescued and establish their own world, modelled on what they know.

Tokyo Jima won the 44st Tanizaki Junichiro Award and has recently been turned into a film (with international release details  to be confirmed).
Rights 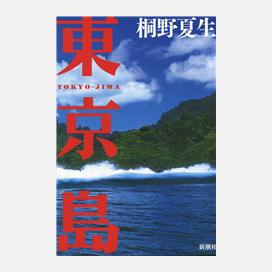