View PDF
film
Role Tommy
Director Paddy Considine
Production Company Warp Films
Tyrannosaur was awarded Best Film at the Sundance Film Festival 2011 and follows the story of Joseph, a man plagued by violence and a rage which is driving him towards self-destruction. As Joseph's life spirals into turmoil he encounters Hannah, a Christian charity shop worker, hiding a secret which will have a devastating impact on both their lives.

Ned plays Tommy, a friend of Joseph's. Of his performance, The Hollywood Reporter said, "the goofy chivalry Joseph's nutjob buddy (Ned Dennehy) shows towards Hannah is oddly touching."
Media
Reviews
Made with an intensity and artfulness you never for a moment doubt. Anthony Quinn
The Independent
Startling and brilliant. Robbie Collin
The Telegraph 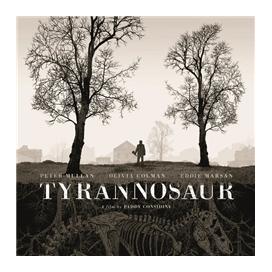