World English → W W Norton & Co, Inc (Ed. Brendan Curry)
From the author of the acclaimed dual biography of John Maynard Keynes and Friedrich von Hayek, the story of the rivalry between FDR and isolationists Charles Lindbergh, Henry Ford and Joseph Kennedy in the run-up to World War 2.

A lively narrative of one of the great political showdowns of the twentieth century: the high-stakes maneouvering among Franklin Roosevelt, Joe Kennedy, and the isolationist movement before America's entry into World War II. FDR sidelines his friend - and aspiring political rival - Kennedy by appointing him ambassador to London. He coaxed Charles Lindbergh into uniform to control the content of his speeches. Roosevelt's cryptic and varied strategies contained and ultimately neutralised the most powerful voices encouraging American scepticism about a European war. Leading his country into that war would define FDR's legacy. Set against the backdrop of the 1940 election, The Sphinx testifies to FDR's political mastery while placing both sides of the debate over isolationism in context, provoking arguments about whether the neo-isolationists of today are any more right than Kennedy and his allies were in their time.
Rights

Sophie Baker manages the translation rights for The Sphinx 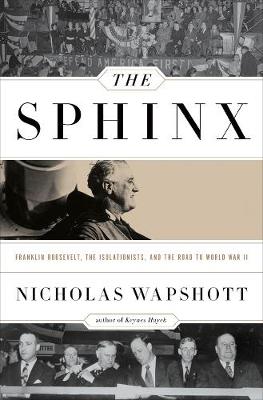