Nick Payne makes his Broadway debut with Constellations, opening at the Samuel J. Friedman Theater in December 2014. Directed by Michael Longhurst, the play will star Jake Gyllenhaal and Ruth Wilson.

Nick, Michael and Jake all worked together before on the Roundabout Theater's production of If There Is I Haven't Found It Yet, which won the prestigious George Devine Award. They will be joined by Ruth Wilson (Luther, The Affair), who has won Olivier Awards for performances in London, starring next to Jude Law in Anna Christie and Rachel Weisz in A Streetcar Named Desire. All four will be making their Broadway debut with Constellations.

Would that more plays were as compact and lively, as intellectually and emotionally stimulating as this one.

The chemistry between the two leads is potent enough to move an audience to tears. 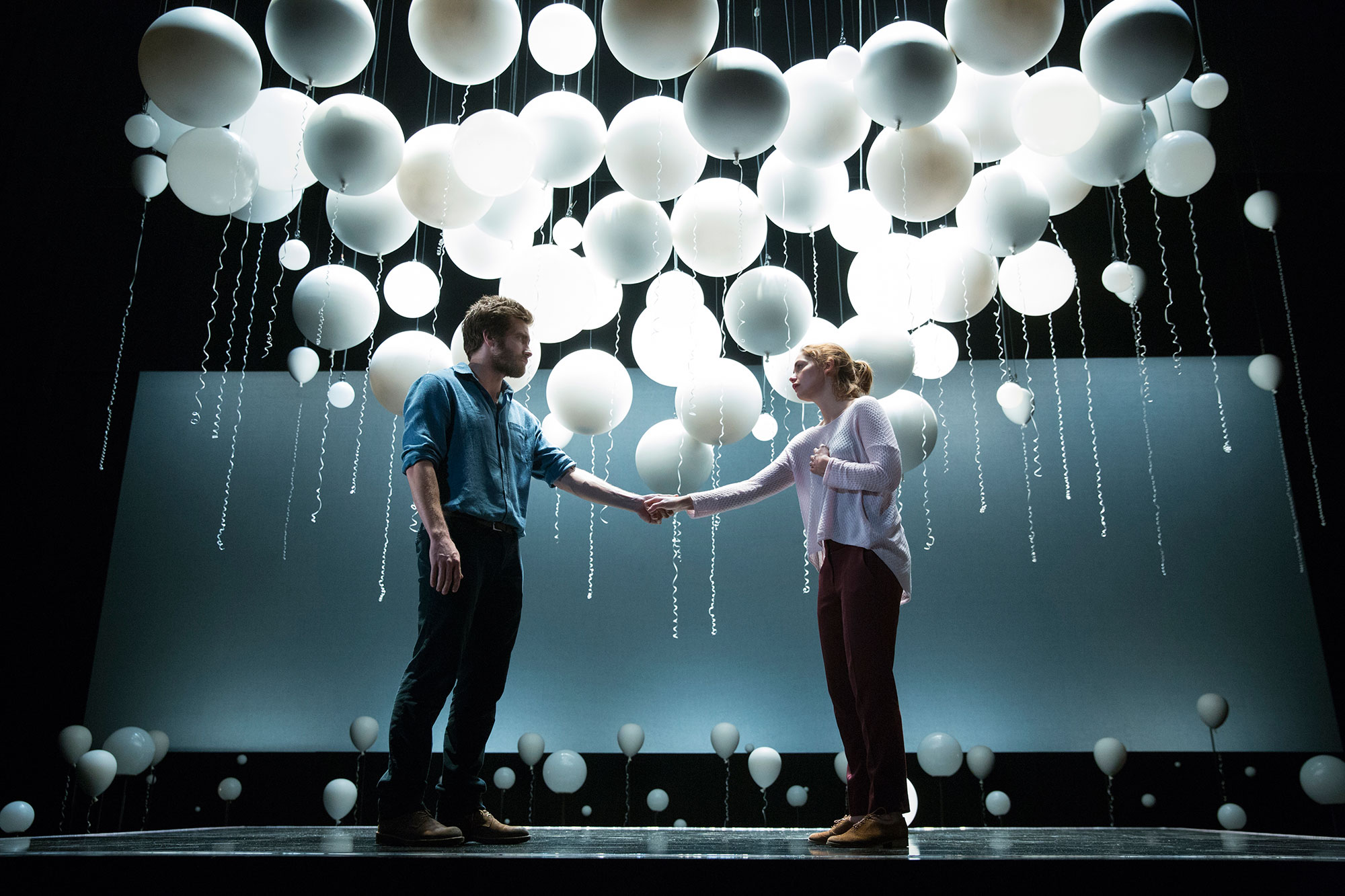