If There Is I Haven't Found It Yet (US)


Surviving school as a fat kid is tough enough. When your mum’s a teacher, it’s hell. What’s more, Anna’s dad is obsessed with saving the world and her maverick uncle Terry is dossing on the couch.

When Anna hits back at the bullies, she suspended from school and stuck at home with hapless Terry trying to save her. But Terry needs saving himself and, as the bond between the two deepens, Anna is swept up in a friendship she can’t live without.
Media
Reviews
Payne exudes none of his generation’s glib nihilism. His voice is quiet and quirky, his imagination bold. His plays aspire to intellectual and visual astonishment, combining curiosity and compassion into satisfying puzzles John Lahr
New Yorker Full Review

amusing and affecting... an ensemble piece in which everybody impresses. It’s a hell of a calling card for its writer 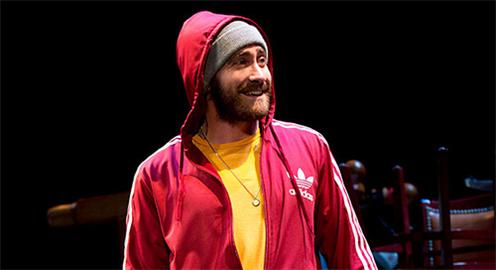