It's 1970s Chicago. Eleven-year-old Matasha Wax is in the sixth grade and just starting to feel the pressures of growing up that are outside of her control. Her best (and only) friend Jean, has been blowing her off, and is becoming downright cruel. Her parents are in a standoff over adopting a refugee from Vietnam. The bullies in school have started to grow breasts and inches, while Matasha remains a puny four-foot-four - which means she will soon need growth hormone shots every day, and she is terrified of needles.

Apart form her daily reading of the advice columns in every newspaper, keeping up with the Patty Hearst and Watergate scandals, and tracking her parents' deteriorating relationship, Matasha is fixated by the story of Martin Kimmel, a nine-year-old boy who disappeared from Lincoln Park a few months ago, and whose body has yet to be found.

But none of these ongoing problems could have prepared Matasha for her mother's sudden disappearance. When the letters start coming from Switzerland, she knows something is very, very wrong - but no one will tell her what's going on, and Matasha has to figure it all out for herself.

Matasha evokes a time and a place and a childhood with startling honesty and clarity... a brilliant, hilarious, sharp-edged novel for everyone.

The many pleasures of this novel include its empathy and poker-faced wit, and the charms of its main character.

Beautifully renders the slow-motion alchemy of growing up; mesmerizing and memorable.

Matasha‘s brave and original heroine reminds me of Harriet the Spy and Blubber, her perspective captivating and inimitable. It’s a joy to watch Matasha grow up, making meaning of everything. This novel has tremendous sweep and scope, with all the joys, sorrows, and revelations of a real girlhood.

Tender, funny, and endlessly surprising, Matasha perfectly captures the confusion of being an eleven year old girl and trying to solve all of life’s mysteries, big and small. This wonderful book—and the wonderful girl at its center—will stay with me for a very long time. 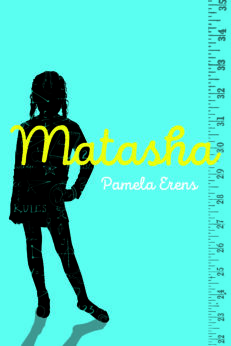