The New Middle East: The World After the Arab Spring

World English → Bloomsbury Publishing
For the past forty years the story of the Middle East has been simple. The news images flashing across our TV screens from the Middle East provoked anger, outrage and, sometimes military action from the international community. But now the handful of dictators who ruled over hundreds of millions of people with an iron fist are locked up, exiled, fighting for their lives or buried in unmarked graves, leaving behind countries in turmoil. Saddam Hussein, Assad, Ben Ali, Muammar Gaddafi and Hosni Mubarak all lived lives of cartoonish excess, stalked their own people, snatched them from their beds and murdered them before their children. The West propped these men up because, so the story went, the alternative was states falling under the influence of the communist block or later into the arms of radical Islam.

That narrative of the old Middle East lasted as long as the old Arab dictators did. But now these men are gone. In 2011 the people of the western world realised for the first time that the people of the Arab world weren't all brooding fanatics who needed to be kept in check by a reign of terror. If now is the first time that they can speak openly then it is also our first chance to listen. We can ask what kind of societies they are going to build and learn how their decisions will change our lives. The countries engulfed by the Arab Spring -Tunisia, Egypt, Libya and Syria - are on a journey from dictatorship to democracy and together they will shape a New Middle East. Danahar also reveals the quiet but equally profound revolution going in Israel where tensions between religious and secular Jews are threatening the fabric of society. He investigates how that and the changing regional dynamics while shape the Israeli-Palestinian conflict.
Rights

Claire Nozieres manages the translation rights for The New Middle East: The World After the Arab Spring

Media
Reviews
Danahar’s analysis and projections are incisive and will appeal to policy wonks, while his conversational tone and ability to engage with a wide range of subjects will benefit a general readership.  Publishers Weekly
Full Review

Excellent . . . his style is crisp and elegant, equally adept at telling human portraits as interviewing generals and presidents and sketching historical context.

Far and away the best book I've read on the effects of the Arab Spring: an excellent amalgamation of the scholarly and the journalistic, which gives it both a magisterial overview and the precision of close-up experience . . . it will be a text which I for one will come back to again and again, in order to understand the future. John Simpson
Full Review

Anyone interested in the Middle East, its present, past or future, should read this book.

He has managed to achieve what many writers rarely do; to allow the voices of the people he has met, interviewed and worked and travelled with to emerge . . . immediate, accessible and filled with warmth, compassion, realism.

Clear headed, honest and intelligent . . . There is also great humanity in this excellent book. One is never allowed to forget that the Arab Spring is a narrative of people in extremis.

This book is trenchant, opinionated, blunt, entertaining and pleasingly readable. If you want a thorough, accessible account of what has been going on in the Arab world over the last decade – and the historical context that gave rise to it – look no further. 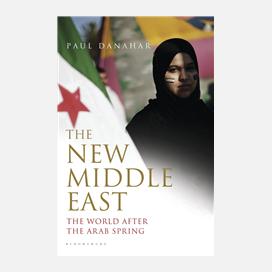