Paul's production of Breakfast with Mugabe re-opened the Ustinov studio in 2008 following its refurbishment.

It's election time, 2002, in Zimbabwe, and President Mugabe is battling with mental demons. He seeks help from a white psychiatrist. Set in State House, Harare, the piece explores the conflict between African and European values, and between despotism and liberalism.

The psychiatrist, whilst being alternatively threatened and charmed by Mrs Grace Mugabe, attempts the dangerous job of analysing the President. 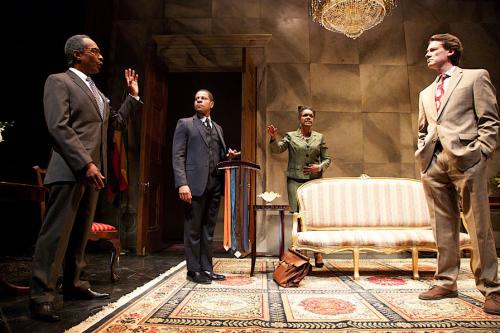