The Secret Life of War

War has changed. In the past, states clashed and battles were fought between armies. Today superpowers are pitted against warlords.

The Observer's chief foreign correspondent Peter Beaumont takes us into the guts of modern conflict. He visits the bombed and abandoned home of Mullah Omar; discovers a deserted Al Qaeda camp where he finds documents describing a plan to attack London; talks to young bomb-throwers in a Rafah refugee camp.

Unflinching and exquisitely written, The Secret Life of War is a deeply personal and defining vision of the inner, secret nature of modern war.

Beaumont’s account of war reporting in the Middle East is astonishing, not least for its careful detail and his self-searching honesty. A superb piece of work. 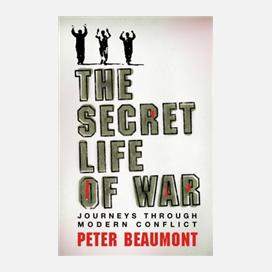