The BAFTA nominated original drama set in the East End of London in 1889, during the aftermath of the "Ripper" murders.

Ripper Street is a well-acted, well-written and compelling mystery series. And even better, there’s no waiting around, wishing it would improve. It’s alluring from the start.

Well-written and acted, the Victorian-era crime drama 'Ripper Street' takes us back to the moment when the fascination with serial killers began.

The visuals, stories and soap are so well defined. Ripper Street is bludgeoning its way into my affections.

Ripper Street manages to successfully plunge us right into this grim locale from the start.

We welcome a show that’s as gruesome as an abattoir yet also remorselessly entertaining.

Writer Richard Warlow seems to enjoy setting himself these impossible tasks, writing his way out of a blind alley with no jet pack.…While other shows look shiny but ring hollow, Ripper is the real thing, a gripping story, thoughtfully told.

Stylish, grisly and atmospheric, this Victorian show strides confidently into its second series. 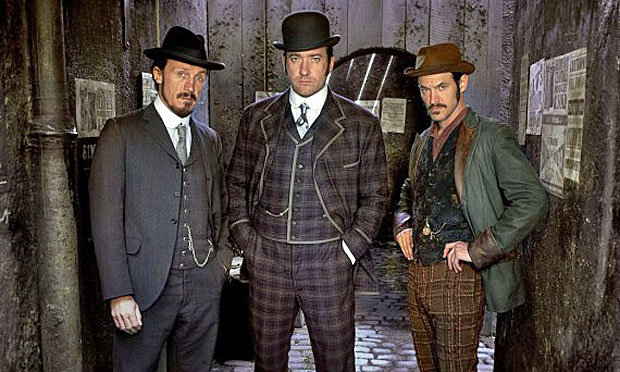