The Get Out is a late-night revue style show with a difference: conceived by Robin French and Anthony Neilson, it’s the product of a week spent working with a company of six people. The group have come up with a night of short plays, sketches, satire and (slightly off-kilter) comedy.

French and Neilson’s aim is to ‘create a revue show that is unique in tone, innovative in form and reflective of the Royal Court Theatre’. As such, submissions to be part of the group of six were open to anyone who had worked at the Royal Court in any capacity – whether they’ve had a main house play staged, or worked in its kitchens. 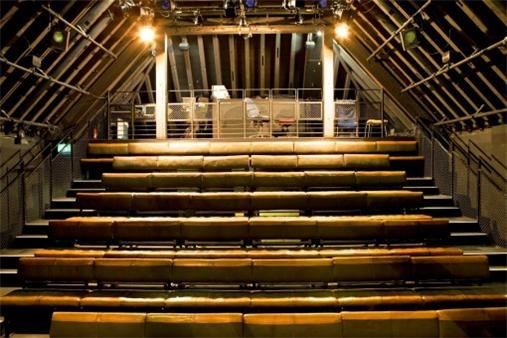