A major new interpretation of how one of the great figures of Christian history came to write the greatest of all autobiographies.

Augustine is the person from the ancient world about whom we know most. He is the author of an intimate masterpiece, the Confessions, which continues to delight its many admirers. In it he writes about his infancy and his schooling in the classics in late Roman North Africa, his remarkable mother, his sexual sins ('Give me chastity, but not yet,' he famously prayed), his time in an outlawed heretical sect, his worldly career and friendships and his gradual return to God. His account of his own eventual conversion is a classic study of anguish, hesitation and what he believes to be God's intervention. It has inspired philosophers, Christian thinkers and monastic followers, but it still leaves readers wondering why exactly Augustine chose to compose a work like none before it.

Robin Lane Fox follows Augustine on a brilliantly described journey, combining the latest scholarship with recently found letters and sermons by Augustine himself to give a portrait of his subject which is subtly different from older biographies. Augustine's heretical years as a Manichaean, his relation to non-Christian philosophy, his mystical aspirations and the nature of his conversion are among the aspects of his life which stand out in a sharper light. For the first time Lane Fox compares him with two contemporaries, an older pagan and a younger Christian, each of whom also wrote about themselves and who illumine Augustine's life and writings by their different choices.

More than a decade passed between Augustine's conversion and his beginning the Confessions. Lane Fox argues that the Confessions and their thinking were the results of a long gestation over these years, not a sudden change of perspective, but that they were then written as a single swift composition and that its final books are a coherent consummation of its scriptural meditation and personal biography. This exceptional study reminds us why we are so excited and so moved by Augustine's story.

Highly intriguing is the exposition on the role of Platonic philosophy in Augustine’s metamorphosis, his allegorical biblical exegesis, and his mystical ascent toward divine union.

“Fox guides readers on an epic journey through the book and the life that inspired it…[he] systematically explores his subject's well-documented life and provides in-depth background and commentary capable of assisting even seasoned scholars in a deeper understanding…[Fox] provides a true service to readers…[his] writing is coherent and approachable...[The book] represents a close analysis of both Confessions and of Augustine himself, leaving few stones unturned. An erudite and ordered reading of Augustine's Confessions and a worthy addition to any library on early Christianity.”

“[R]eaders pious and skeptical alike will recognize Fox as an exceptionally insightful and probing biographer.”

Give me celibacy - but not right now


Lane Fox brings sharp historical judgment ... the fruit of intense study of Augustine's Confessions ... Any reader interested in one of the early church's most influential figures, a saint we know more about than any other from the ancient world, will find this stimulating biography a pleasure to read.

Lane Fox gives an admirably clear account of the mental disciplines that Augustine undertook in order to attain a sort of mystical awareness of unity and harmony. Lane Fox’s book is undoubtedly a water­shed in Augustinian studies, close in significance to Peter Brown’s great biography in the 1960s. [A] magisterial and compellingly readable narrative, which makes full and creative use of all the best recent scholarship, especially from France ... this is a well-presented book, and a substantial contribution to the field.

[A] work of dedicated scholarship ... an impressive resource for classicists, theologians and historians of the late Roman Empire.

[A] massive book ... Fox conjures the intellectual and social life of the late Roman Empire with an almost Proustian relish for detail .. [he] is such a good writer that the interest never flags.

In this new book on Augustine, Robin Lane Fox brings his customary wit, verve, and insight to bear on the record of a passionate and complicated man. Author and subject are well-matched, and readers can freshly savor Augustine’s intelligence and ambition, as well as his depth and his devotion, as Lane Fox generously allows us to follow every move of the man whose conversions and conflicts sired most of the children of Western Christianity.

[D]ense and satisfying ... a comprehensive book likely to become the standard work on Augustine’s Confessions in the future.

Augustine vividly retells the gripping story of Augustine’s serial self-reinventions with both sympathy and shrewd insight. Robin Lane Fox brings to life the world of late Roman antiquity, and one of its most compelling personalities: Augustine is a perfect alloy of great scholarship and great story-telling.

Paula Fredriksen, author of Augustine and the Jews: A Christian Defense of Jews and Judaism

Robin Lane Fox’s Augustine is a masterpiece. Here, Lane Fox erects in splendid prose his very own trinity by reading Augustine's Confessions in the company of two other ancient literary lions, the pagan rhetorician Libanius and the Christian Platonic philosopher and bishop Synesius, whose lives share what many have considered quintessential Augustinian qualities—conversions and autobiographical confessions. As a result, Augustine emerges fully as a man of his very own time, the later Roman empire, deeply formed from the beginning by the intellectual concerns of his day to which he formulated his own brilliant, unique, and lasting responses.

In this book, Robin Lane Fox weaves imaginative parallels with figures like Libanius, Ambrose, Jerome, Sinesius, and others into his telling of the story of Augustine from his youth to the time when he wrote the Confesssions. Thus is a reader drawn into Augustine’s life by giving wide-ranging attention to the classical context for the Confessions and to many of the questions that continue to be asked about that book. All thirteen books of the Confessions are treated, attending at length to aspects of Augustine’s life that others barely touch.” 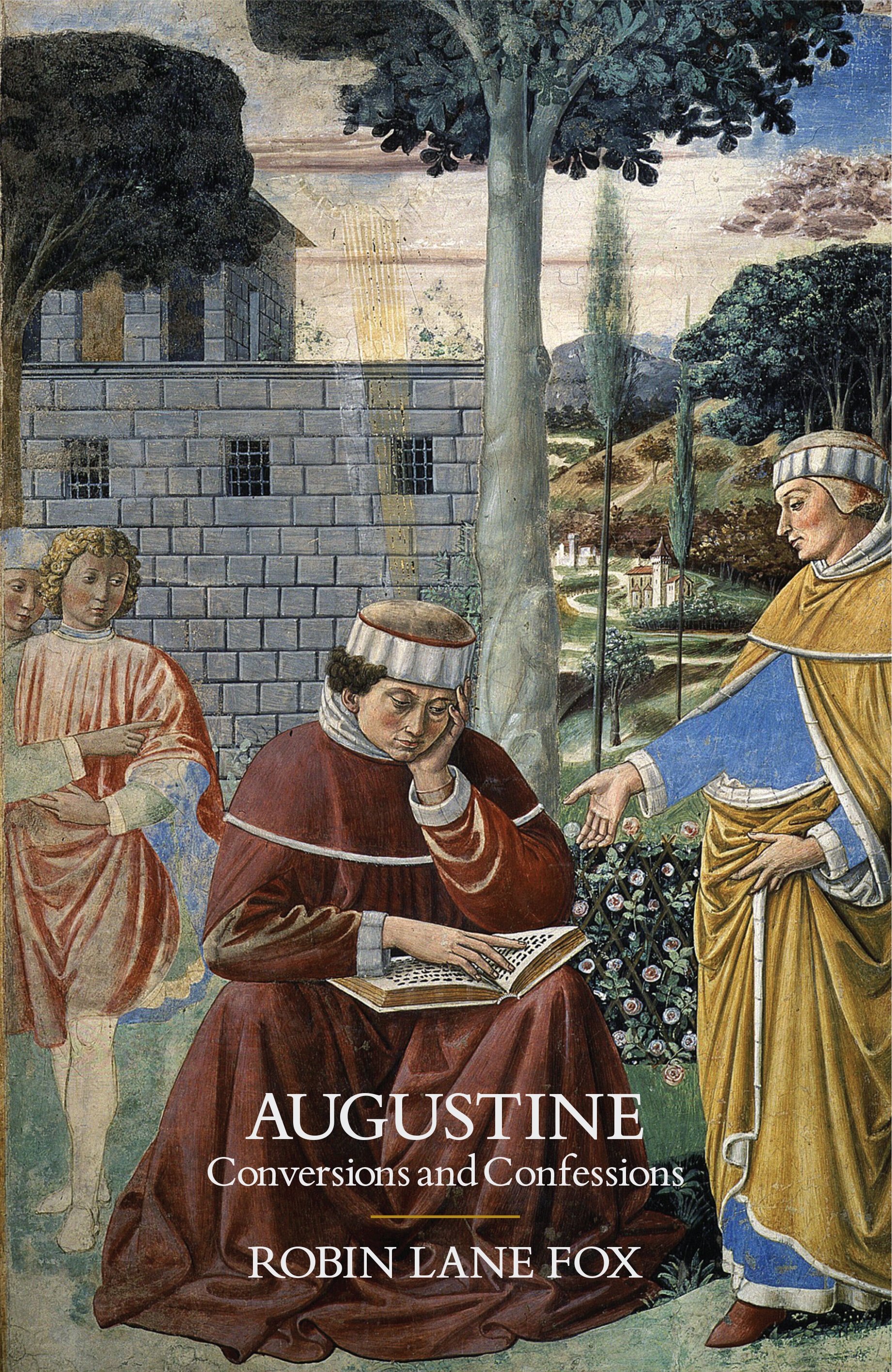