A Rose Among Thorns

World → Headline Publishing
Despite losing her mother at a young age, Sassy has grown up surrounded by love: although poor, she is happy. So Sassy is devastated when her father marries wealthy widow Elizabeth Bonner. Social climber Elizabeth despairs of a step-daughter who is more at ease with servants than those above stairs, and is jealous of Sassy's growing beauty which threatens to outshine her own daughter.

Unwelcome and out of place in this unfamiliar world, Sassy often escapes to her old home on Tuttle Hill and the company of her childhood friends, brothers Thomas and Jack Mallabone. But the trio's bond is threatened by the consequences of her blind adoration for wayward Thomas, much to the dismay of Jack, who has long worshipped Sassy in secret...
Rights

Katie McGowan manages the translation rights for A Rose Among Thorns 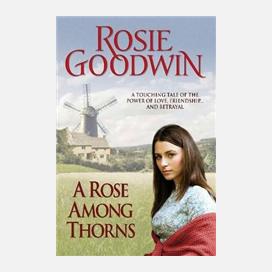