The Boy From Nowhere

World → Headline Publishing
Alex never stood a chance. After one 'accident' too many, he's taken into care aged four. Although his mother promises to get him back, he's adopted by a childless couple and renamed Franky. It should be a fresh start, but his new dad has a twisted idea of fatherhood. Abused and alone, Franky escapes - but his freedom is short-lived, and after a series of foster homes no one can get through to him. He says he's 'the boy from nowhere', but deep down he's still waiting for his mum to take him home.

Franky slips into a dangerous world on the streets of London, earning a living the only way he can. One day he might find a way out, but can he ever trust again?
Rights

Katie McGowan manages the translation rights for The Boy From Nowhere 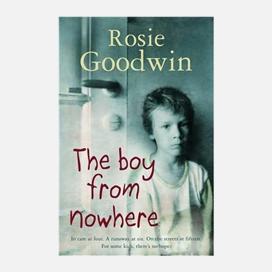