World → Headline Publishing
To the outside world, Charlotte is the privileged daughter of the local vicar. Behind closed doors, however, she is the prisoner of her controlling father. As she grows up, Charlotte longs for freedom, but her captivating innocence leads her into trouble. Sent to Ireland to hide a shameful pregnancy, she discovers that once again her father has deceived her. She is forced into a convent's harsh and humiliating regime, where she must eventually give up the one thing that makes her life worthwhile.

When Charlotte returns to England, older than her years, she chooses to forget the past. Becoming a London midwife, she longs only to help other women at this hardest and most joyful moment in their lives. But her deep compassion, and desire to prevent anyone else suffering the same horror she did, leads her into a darker and more dangerous place.
Rights

Katie McGowan manages the translation rights for The Empty Cradle 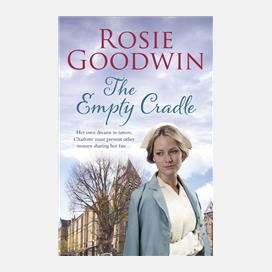