World → Headline Publishing
When a mysterious fire kills her adoptive parents, Madeleine’s worst fear comes true – she and her beloved brother Oliver are separated. Worse still, Maddie is blamed for starting the fire and, labelled a difficult child, she is sent to a children’s home. Far from idyllic, and buried deep in the countryside, the home well conceals the misery of its young occupants. Subjected to a harsh regime of abuse and degradation, Maddie makes a brave attempt to escape. But her brief weeks of freedom are thwarted when she is caught and taken back to River House.

Maddie clings to her determination to one day be reunited with Oli, and it is this which gives her the strength to endure what lies ahead. For she knows she can rely only on herself – there is no one else to keep her safe...
Rights

Katie McGowan manages the translation rights for The Lost Soul 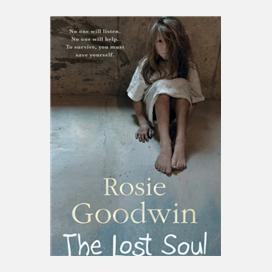