UK & Comm → Constable & Robinson
Bryony Valentine lives at home with her mother Lois, father James and two younger siblings. For as long as Bryony can remember, she has been soft on the boy next door, Eddie, but her best friend Ruth has feelings for him too. When the Luftwaffe begin their bombing campaign of the midlands, Eddie is called up to serve, as is James, and Bryony's world is torn apart. Each day the telegrams pour in to different families along their street and all Bryony can do is pray for their safety.

Lois's affluent family disowned her when she met Bryony's father, but when the wartime evacuees need a safe home - Lois's parents open their doors. The three Valentine children are dispatched to Cornwall - far from the bombs and far from the only world they've ever known.

A family displaced; their future lies in the hands of enemy bombs. Will the Valentine family ever unite, and will Bryony ever see Eddie again?
Rights

Katie McGowan manages the translation rights for The Soldier's Daughter 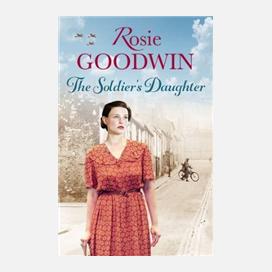