Humane: How the United States Abandoned Peace and Reinvented War

As America's military intervention in the Middle East enters its eighteenth year, we find ourselves mired in a war defined more by its invisibility more by its violence. The international consensus, increasingly agreed to across the political spectrum as well as within the military itself, is that war should avoid civilian casualties, but at what cost?

In Humane War: Global Control and the Making of a Moral Crisis, Samuel Moyn throws down an urgent moral gauntlet: is it possible that we’ve sanitized our warfare too much? When warfare is conducted out of public view by targeted drones and special ops teams working under the cover of nightfall, we give way to a tragic paradox: “clean” war has obviated any civic debate about whether we should be at war in the first place. Looking back to the history of the movement to reduce the inherent violence of armed conflict, Humane War tells the story of how America got here, tracing the genealogy of humane warfare from its origins in the nineteenth century debates about the rules of engagement through to the pivotal backlash to the visible excesses of Vietnam, and concluding with a close reading of our contemporary “forever” war in the public imagination.

At once a work of deep history and clear-eyed ethics, Humane War gives us a thinker at the peak of his powers, marking Moyn's major intervention in the debate about America's role in the world. His book represents a new call to engagement, and forces us to confront the question of whether our present mode of war is worth the subtler forms of violence to which it subjects those now living under covert American domination.

The audio rights are handled by Farrar, Straus & Giroux Inc.

“In this profound and deeply disturbing book,
Samuel Moyn shows how efforts to curb war's brutality—to make it more humane—find the United States today caught in a bind where war has become perpetual. As technology further dehumanizes war's conduct, this bind will become increasingly difficult to escape.”

Andrew Bacevich, president of the Quincy Institute for Responsible Statecraft

“Humane is a deeply original, powerfully argued, mind-changing book. I predict it will become an activist Bible for Gen Z, in the same way that Michael Walzer’s Just and Unjust Wars guided an earlier generation of anti-war thinkers and protesters.”

“History at its finest, Samuel Moyn’s Humane recasts the iconic narratives of warfare, unearthing the ideas that led to today’s forever wars. Sweeping and rich in detail, Humane taps loudly at the conscience of the complacent, sounding a clarion call for peace.”

Karen Greenberg, author of Subtle Tools: The Dismantling of American Democracy from the War on Terror to Donald Trump

“This is what books are for: to change our minds. Samuel Moyn has written a surprising, sharp, and deeply compelling reflection on the price of making war humane.”

Daniel Immerwahr, author of How to Hide an Empire: A History of the Greater United States

“We tend to think of the rise of humanitarian laws constraining the exercise of force as an unalloyed good. But Samuel Moyn’s stunning new book, Humane,
fundamentally upends this conventional wisdom. In the process, Moyn also recovers the now long-forgotten abolitionist tradition, which sought to end war rather than to reform it. This profound historical retelling is an essential and groundbreaking contribution.”

—Aziz Rana, author of The Two Faces of American Freedom

“In gripping prose, one of our boldest intellectuals and most trenchant critics upends the conventional stories that are told about law, progress, and war. Humane exposes the deceptive promise of humanization and its role in supporting the clinically
legalized wars of our future. This book is call for moral and political engagement that should be very widely read.”

“This is a singularly important book by a singularly incisive thinker. How, Samuel Moyn asks, might we imagine a more moral, generous, efficacious, and just plain sensible approach to the end of violence and the alleviation of human suffering?”

—Walter Johnson, professor of history at Harvard University and author of The Broken Heart of America: Saint Louis and the Violent History of the United States 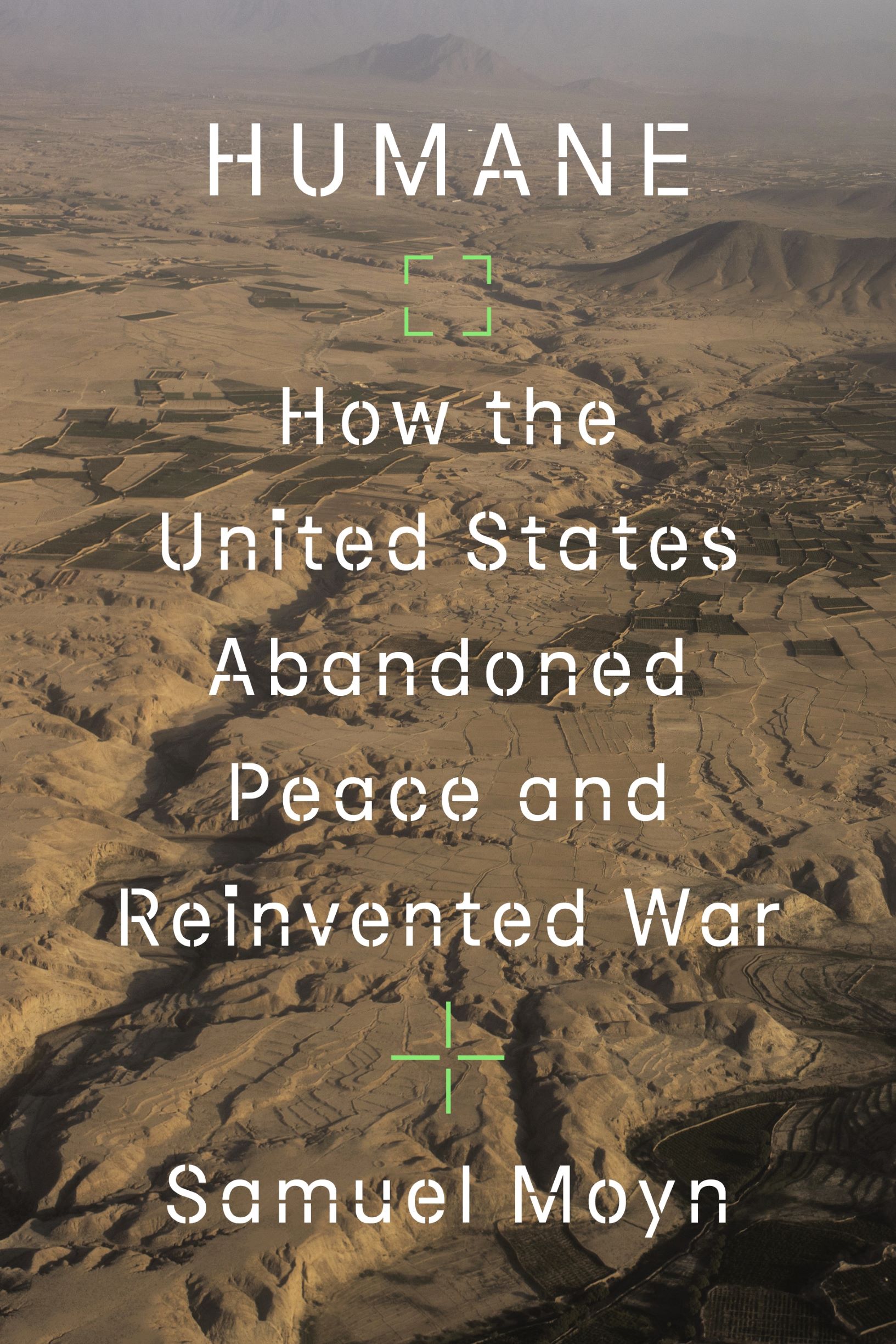