The Royal Rabbits of London 2

When the ratzis threaten to ruin a state visit from the President of the United States by humiliating him live on television, the Royal Rabbits are called upon to thwart their plans. Can Shylo prove that he's as brave as any of the other bunnies in the Warren and help save the day... again?

The Hobbit meets Fantastic Mr Fox meets Watership Down in this charming series from bestselling authors Santa Montefiore and Simon Sebag Montefiore, which proves even the smallest rabbit can be the biggest hero. Featuring illustrations throughout by award-winning illustrator Kate Hindley. 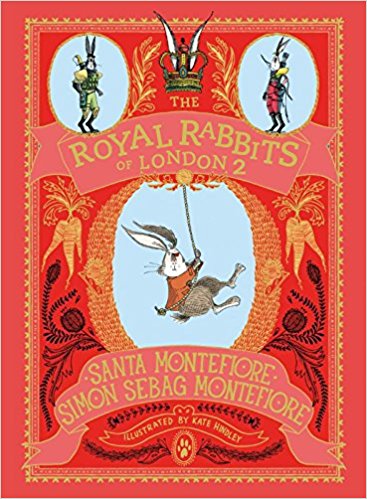