Keeping her secret may save her family.

Telling it may save her life.

Arabella Lane, popular children’s publisher and daughter of a prominent MP, is found dead in the Thames on a frosty winter’s morning after the office Christmas party. No one is sure whether she jumped or was pushed. The one person who may know the truth is the newest employee at Parker & Lane – the office temp, Eleanor.

Eleanor has travelled to London to escape the repercussions of her traumatic childhood in outback Australia, but now tragedy seems to follow her wherever she goes. She falls under suspicion as one of the last people to talk to Arabella, and because she cannot recall a few vital hours of that night. When she finds herself holding a key piece of evidence, she’s unsure whether she dare reveal it to the police, in case she thereby implicates herself in some kind of foul play.

As Eleanor desperately tries to uncover the truth, her extended family are dragged further into the murky terrain that surrounds Arabella’s death. Meanwhile, Arabella’s violent and arrogant husband Nathan seems to suspect Eleanor of being involved, and is determined to get her to confess. Caught in a crossfire of accusations, Eleanor begins to fall apart, her memories of past and present intermingling. Soon she is in a race against time to find out just what happened that night, because danger lurks far closer to home than she could ever have imagined.

Liz Dennis manages the translation rights for The Hidden Hours

'An enthralling mystery that will keep readers guessing to the end.'

Jane Harper, author of The Dry

‘Shifts effortlessly between the past and the present in a tautly structured novel that explores themes of guilt, despair and loneliness’

‘...effortlessly transports readers to another place without diminishing the sharp-edged suspense. If you like a bit of drama in your reading life, and don’t mind sitting on the edge of your seat, do yourself a favour and check out The Hidden Hours.

‘Foster knows how to create an unsettling life of the mind’ 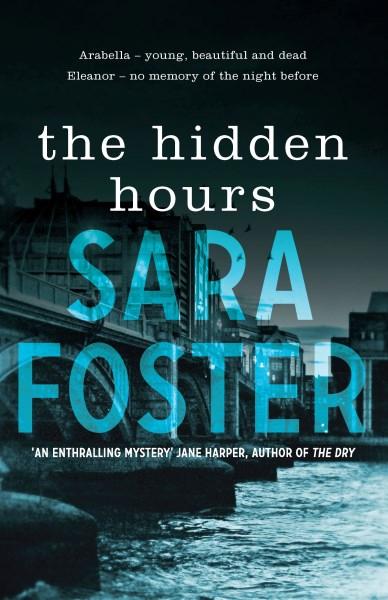