Featured on BuzzFeed's 19 Creepy, Haunting, Mysterious and Magical Books That Are Perfect For Spooky Season

Featured on Popsugar's Best New YA Books Releasing in August 2021

The Last Magician meets The Lady’s Guide to Petticoats and Piracy in this thrilling and atmospheric historical fantasy following a young woman who discovers she has magical powers and is thrust into a battle between witches and wizards.

In 1911 New York City, seventeen-year-old Frances Hallowell spends her days as a seamstress, mourning the mysterious death of her brother months prior. Everything changes when she’s attacked and a man ends up dead at her feet—her scissors in his neck, and she can’t explain how they got there.

Before she can be condemned as a murderess, two cape-wearing nurses arrive to inform her she is deathly ill and ordered to report to Haxahaven Sanitarium. But Frances finds Haxahaven isn’t a sanitarium at all: it’s a school for witches. Within Haxahaven’s glittering walls, Frances finds the sisterhood she craves, but the headmistress warns Frances that magic is dangerous. Frances has no interest in the small, safe magic of her school, and is instead enchanted by Finn, a boy with magic himself who appears in her dreams and tells her he can teach her all she’s been craving to learn, lessons that may bring her closer to discovering what truly happened to her brother.

Frances’s newfound power attracts the attention of the leader of an ancient order who yearns for magical control of Manhattan. And who will stop at nothing to have Frances by his side. Frances must ultimately choose what matters more, justice for her murdered brother and her growing feelings for Finn, or the safety of her city and fellow witches. What price would she pay for power, and what if the truth is more terrible than she ever imagined?

The audio rights are handled by Simon Pulse.

Roxane Edouard manages the translation rights for The Witch Haven

As dark and lush as it is utterly enrapturing, The Witch Haven is sure to enchant.

Alexis Henderson, author of The Year of the Witching

A beautiful story filled with sisterhood, mystery, and interesting magic. This book will keep you turning the page with immersive prose and clever, memorable characters. I will be dreaming about this story for a long time.

A positively spellbinding debut. Smith has crafted a delectably immersive mystery packed with magic, enchantment, and an absolute powerhouse cast of women.

The Witch Haven is a dazzling debut - a wonderfully thrilling, sinister take on a secret school for witches. Sasha Peyton Smith deftly balances a nuanced exploration of loss with a page-turning magical romp through 1911 NYC. I grieved, raged, and swooned right alongside Frances.

This intensely dramatic story presents Gaelic-influenced magic as a means to empowerment and shows the strength in sisterhood... Intriguing.

Grief and empowerment lace this engrossing duology opener as it careens from boarding schools to basement pit fights in a casually diverse 1911 New York...

Devotees of Libba Bray’s The Diviners will enjoy debut author Smith’s affectionate group of witches breaking through straitlaced expectations in a historical New York whose grittiness never tips into horror.

Not your average magic school... the novel takes a nuanced view on the relationships among women.

A story that is like almost nothing else in YA fantasy right now.

Sasha Peyton Smith’s debut draws you in with its mystery and magic and doesn’t let go. Frances is a powerful, angry girl full of grief and salt that readers will love to root for. THE WITCH HAVEN is a must-read for anyone looking for a hangover cure to Cassandra Clare’s THE INFERNAL DEVICES and their next addicting read. 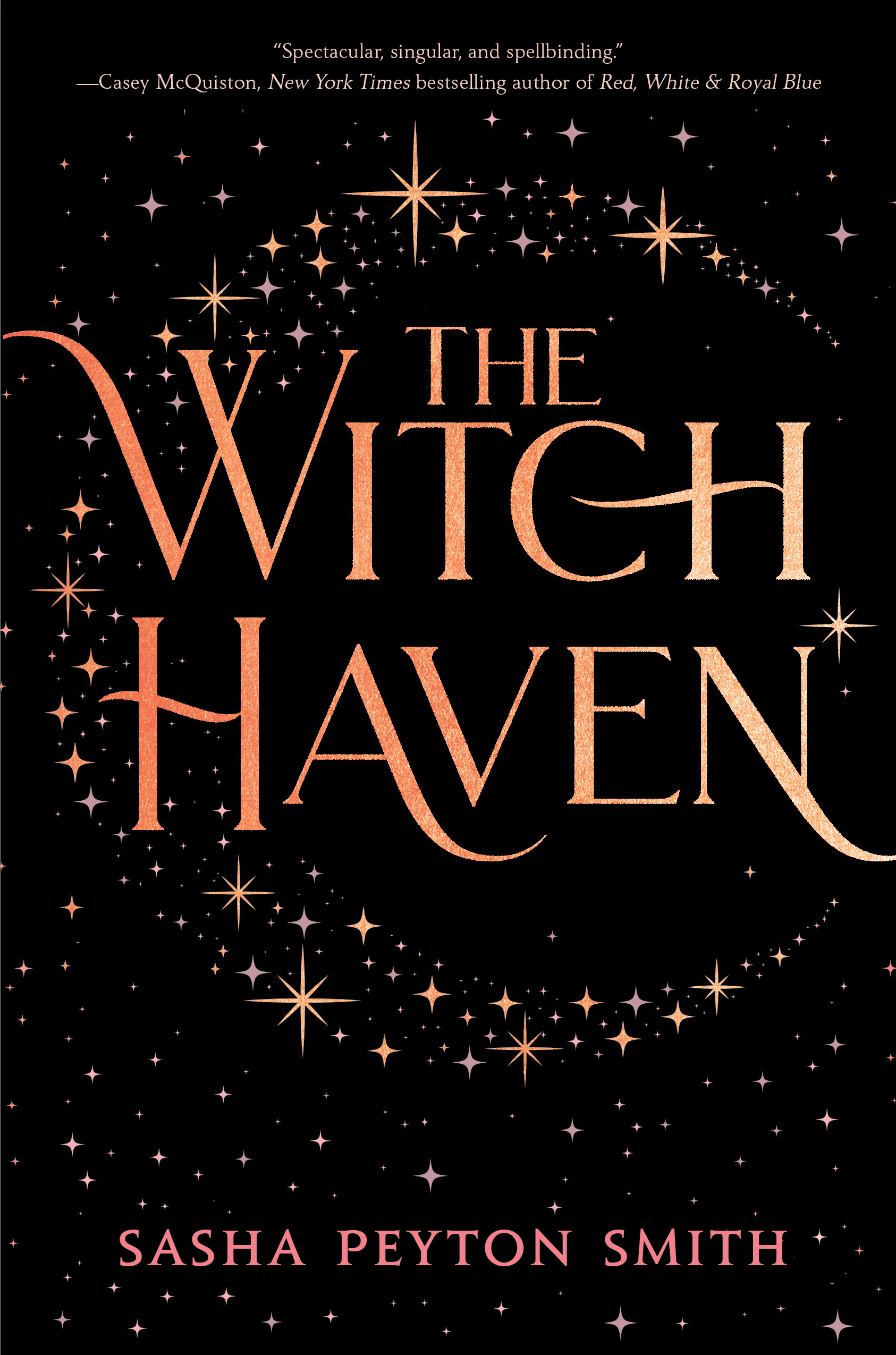