A pacy, chilling psychological thriller, set to reinvent the genre.

It begins, they say, with a woman screaming

On a remote Scottish island, the McBride house stands guard over its secrets. A century ago, a young widow and her son died mysteriously there; just last year a local boy, visiting for a dare, disappeared without a trace.

For Zoe Adams, newly arrived from America, the house offers a refuge from her failing marriage. But her peaceful retreat is disrupted by strange and disturbing events: night-time intrusions; unknown voices; a constant sense of being watched.

The locals want her to believe that these incidents are echoes of the McBrides' dark past. Zoe is convinced the danger is closer at hand, and all too real but can she uncover the truth before she is silenced?

Kate Cooper manages the translation rights for While You Sleep

Atmospheric, spellbinding – as haunting as the best of Du Maurier, as psychologically astute as Kate Atkinson. Read it and shiver.

A.J. Finn, bestselling author of The Woman in the Window

Cass Green, author of In a Cottage in the Woods

I made the mistake of starting this book late at night and was overcome almost immediately by a creeping sense of dread. The isolated setting, unreliable narrator, and menacing cast of characters all come
together for a genuinely terrifying read!

While You Sleep makes for utterly riveting bedtime reading. Steph has taken familiar ingredients and made something fresh and frankly terrifying from them. I loved it

Andrew Taylor, author of The Ashes of London

Forget sleep – this broodingly creepy gothic tale of love, lust and loss on a remote Scottish island kept me awake most of the night, partly from fear, but mostly because I couldn't put it down

Fiona Neill, author of The Betrayals 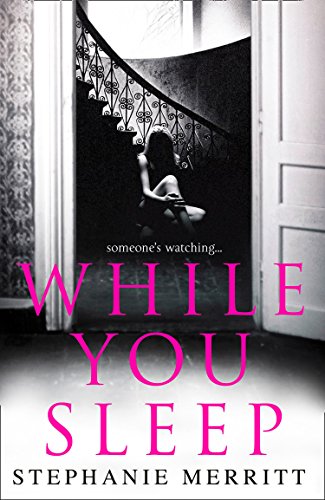