View PDF
tv
Role Bill
Director Jonny Campbell
Production Company BBC3
Set in the rural English village of Roarton after a zombie outbreak, the three part series starts a few years after the outbreak, once the siege is over and when the ‘un-dead’ are being rehabilitated and reintroduced back into village society.

Steve plays Bill Macy, the unofficial leader of the village who set up the Human Volunteer Force during the blockade and is still extremely anti-zombie.
Media
Reviews
By far the finest performance is Steve Evets as Bill, the HVF leader and main antagonist. Richard Stokes
Blue on Blue
HVF leader Bill Macy (the excellent Steve Evets)...led the way with a frightening intensity Simon Horsford
The Telegraph 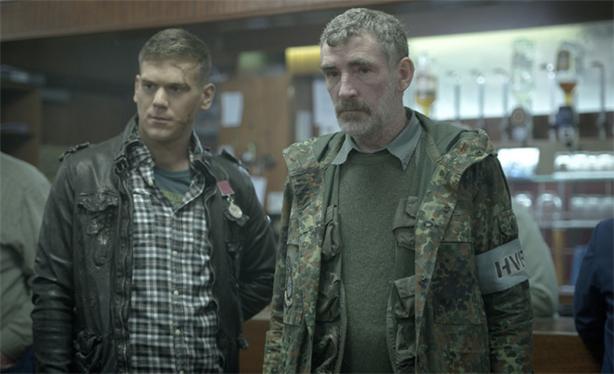