View PDF
tv
Role Colin
Producer Kenton Allen Director Peter Cattaneo Starring
Production Company Big Talk
Broadcaster BBC 2
See the Full Version of this Work
Rev is a comedy series about the enormous daily frustrations and moral conflicts of Reverend Adam Smallbone - a Church of England Vicar, newly promoted from a sleepy rural parish to the busy, inner-city world of St Saviour's, in East London. It's a world he has little experience of, and it shows - it really shows.

Steve plays the heavy drinking, unemployable lost soul, Colin who is also Adam's most loyal parishioner. Despite his late nights and hard living, Colin never fails to attend morning prayers and his ample spare time means he's always around to share a cigarette with Adam.

He's open minded to other interpretations of religion, whether experimenting with Rastafari ("embrace the One Love, Adam, or I'll deck you), or taking the promise of eternal love too literally and groping a member of a visiting Evangelical congregation. 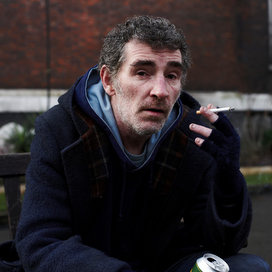