US & Canada → Farrar, Straus & Giroux Inc (Ed. Ileene Smith)
A new collection of short stories by a master of the form with a common focus on the turmoils of romantic love.

On command the firing squad aims at the man backed against a full-length mirror. The mirror once hung in a bedroom, but now it’s cracked and propped against a Dumpster in an alley. The condemned man has refused the customary last cigarette but accepted as a hood the black slip that was carelessly tossed over a corner of the mirror’s frame. The slip still smells faintly of a familiar fragrance.

So begins “Tosca,” the first in this vivid new collection of Stuart Dybek’s stories. Operatically dramatic and intimately lyrical, grittily urban and impressionistically natural, the varied fictions in Paper Lantern are all concerned with love as only Dybek can portray it. Just as an execution triggers the recollection of an operatic romance, social workers fall for their own clients and lovers part as giddily, and perhaps hopelessly, as a kid trying to hang on to a boisterous kite.

Some of Dybek’s characters recur in these stories, while others appear only briefly. Throughout, they—and we—are confronted with vaguely familiar scents and images that remind one of love but are strange enough to make us wonder if we are looking in a mirror or down the barrel of a gun. “After the ragged discharge,” he writes, “when the smoke has cleared, who will be left standing and who will be shattered into shards?”
Rights

Media
Reviews
Employing a range of voices that pulse with intensity, this collection delves into the gray areas of love.
Publishers Weekly Full Review 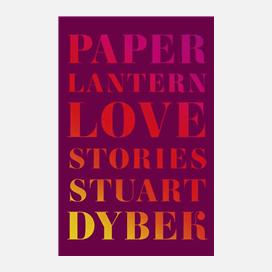