The fifth installment in the FunJungle series.

A mountain lion is on the loose around FunJungle!

As the park plans for its enormous one year anniversary celebration, operations there seem to be running smoothly for once (except for the occasional herring-related mishap in the penguin exhibit) and Teddy is finally able to give detective work a rest. But then a local mountain lion is accused of killing a famous dog — and the dog’s owner, an inflammatory radio host — goes on a crusade to have the cat declared a nuisance so it can be hunted.

However, there’s evidence that the lion might have been framed for murder, and now a renegade animal activist wants Teddy and Summer to help prove it — and catch the real killer. And if that wasn’t enough, someone has poisoned FunJungle’s beloved giraffes and J.J. McCracken wants Teddy on the case. Now, Teddy finds himself mixed up in the middle of his most bizarre, hilarious and dangerous adventure yet.

Roxane Edouard manages the translation rights for Lion Down 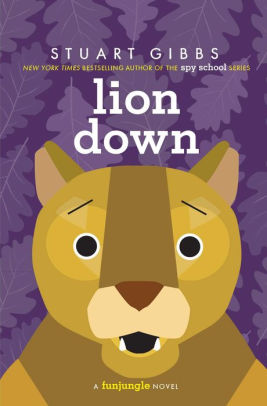