The Clancys of Queens

When her parents divorce, two-year-old Tara Clancy is transformed into “a kindergarten Zelig,” as her custody is split between three wildly divergent households. Every other weekend she spends in a boat shed off Jamaica Bay, Queens with her dad, an Irish cop, who teaches her
to count cards and tell stories at his favorite bar. During weekdays with her Italian grandparents, she learns to swindle grocers and swear like a Neapolitan. And when her mother goes from being the cleaning lady to the girlfriend of a financial consultant with a Bridgehampton
estate, she’s ushered into a weekend world of extravagance and culture—though the pillars aren’t as sturdy as they seem.

Told with a raconteur’s ease, her account of a childhood at her father’s local brings to mind J.R. Moehringer’s The Tender Bar, while her starkly honest voice evokes the monologues of Spalding Gray. Most of all, her depiction of New York’s grittier side conjures the Bronx of Richard Price’s The Wanderers, the novel that first inspired her to write.

But in one respect Tara Clancy is totally unique: here, finally, is the voice of urban working-class women. The last of her family in New York, she’s also a survivor—and a symbol—of a broader phenomenon: the hollowing out of the city’s blue-collar core. Or, as she puts it, “My story’s like The Last of the Mohicans, if the Mohicans were your bus driver.

Claire Nozieres manages the translation rights for The Clancys of Queens

An intimate coming-of-age chronicle... The heart of Clancy’s
thoroughly enjoyable narrative lies in her examination of life in the spaces between social classes, and the threads of humanity shared equally by the local pothead high schoolers, antique-collection Hamptons businessmen, and the Irish-American cops of New York City.

Tara Clancy's freewheeling memoir is a refreshing look at New York City, one that crosses many bridges: the ones between boroughs and the ones between social classes. The Clancys of Queens is one woman's story, but it also captures the vitality and sense of possibility of the city.

Elliot Holt
author of 'You Are One of Them'

The fierce voices of working class women are too often inaudible in our top-down social economy, but when Tara Clancy breaks through, she dazzles us with authenticity, hilarity, and insight. The relentless honesty of her book will capture your heart.

Andrew Solomon
author of 'Far from the Tree'

Real people’s stories are more interesting than fiction because real American life is full of weird connections, from city to country, from Queens to Montana, from high-class to low-class, from straight world to underworld. Ms. Clancy’s rambunctious memoir is a buster of artificial barriers. She goes global, widening the mind. Her setting—the Byzantium of Queens—is the place to do it. I love this memoir for its brash heroine, her bracing voice, her love of her father, her unquiet soul, and the social history she gives of a violent, energetic, fast-evolving world—which is bigger than most people can imagine.

Atticus Lish
author of 'Preparation for the Next Life'

Tara Clancy is my new favorite bad ass. The Clancys of Queens is a hilarious love letter to my favorite city and to working class families everywhere.

I'd been introduced to Tara Clancy by her stories on THE
MOTH, but I was innocent of the joys of her prose. In The Clancys of Queens, indelible moments tumble upon moments even more memorable until they form a blissful cascade as she recounts a New York City childhood that
teeters from hardscrabble to posh. I defy you not smile for the length of this book! I loved it. 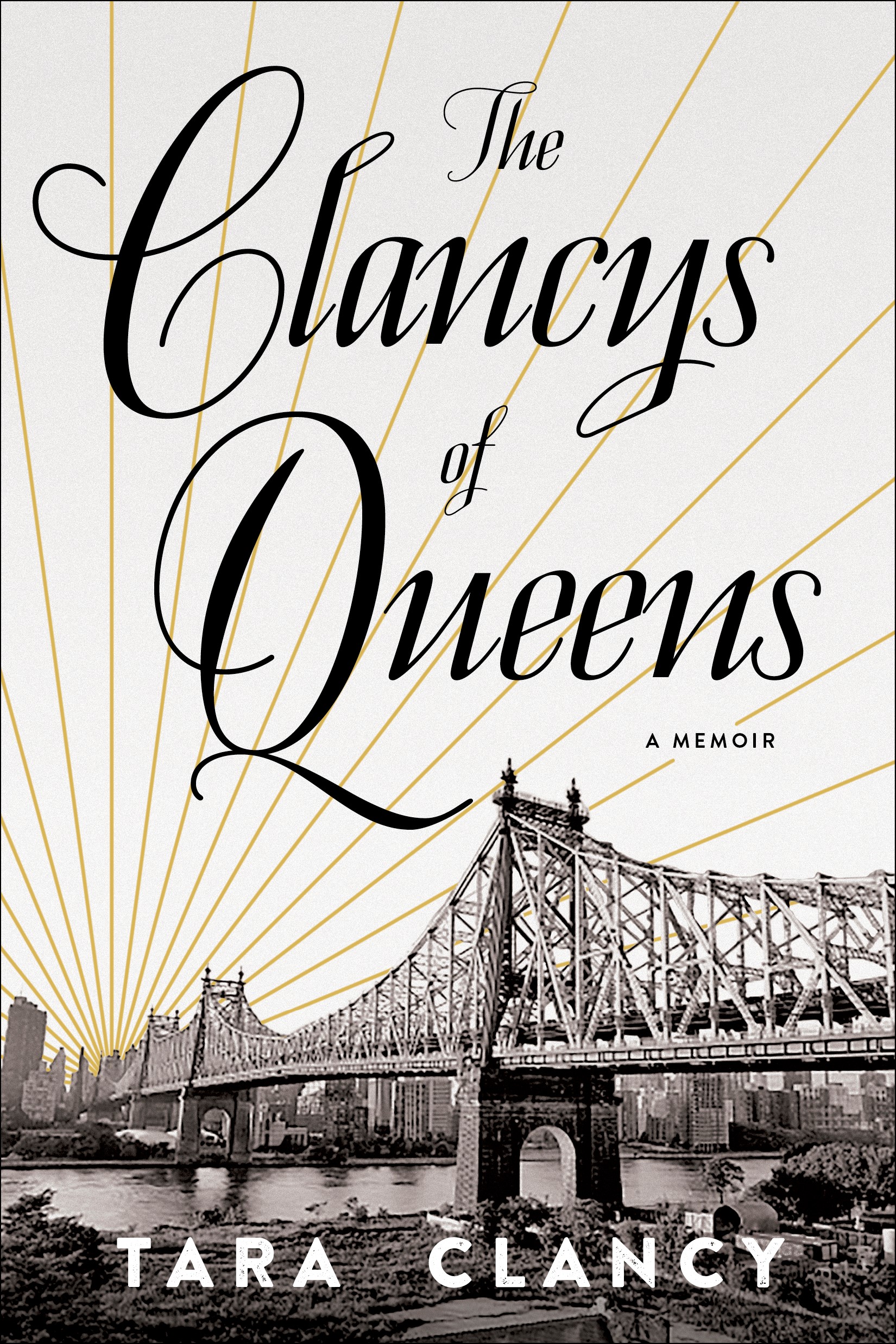