Two loutish policemen, Litton and Bevan, whom Hunt knew in Manchester, turn up on his patch in pursuit of ageing comic Frank Hardwick,who has allegedly robbed the Police Widows Fund.

However, when someone takes a pot shot at Frank, Hunt and his team suspect that the visitors are lying. In fact he has evidence of their corruption and is fleeing for his life. With Frank safe at Luigi's Hunt takes great pleasure in playing the couple off against each other at a police gala. 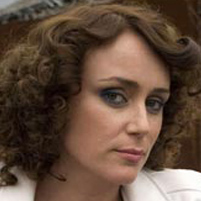