There’s a serial killer on the loose. He cuts throats. And he is good at it.

Detective Max Wolfe follows the bloody trail from the backstreets and bright lights of the city all the way to the corner rooms in the corridors of power. At enormous personal cost, what Wolfe uncovers is a horrific secret that has been buried for two decades - and is now ready to explode.

Kate Cooper manages the translation rights for The Murder Bag

[Parsons] Has reinvented himself as a gritty crime-writer … But there are two things that elevate Parsons’ novel: parenting is his speciality subject and it’s treated with a nuance largely absent elsewhere in crime fiction. And Parsons, a quintessential London writer, evokes his city with pungency and élan.

Although this is detective fiction, Parsons manages to avoid the well-trod tropes of the genre... not only is The Murder Bag a fresh entry into the world of crime fiction, it's also a confident and grisly novel with plenty of insight to share. GQ

Truly emotive crime writing is a rarity and The Murder Bag looks set to win Parsons many new fans in the genre. GQ Bookclub

Parsons has been hiding his crime writing chops under a bushel and thank goodness he has finally brought out this latent talent and pushed in under the spotlight. The Murder Bag is a stonking good read and you are certainly in for a treat. crimesquad.com - Author of the Month

If you are going to plunge into the overcrowded pool of crime fiction, as a writer you need either a powerful plot or a charismatic protagonist. For his first crime novel, the bestselling British novelist Tony Parsons has managed both...His story, about the search for a serial killer targeting men who went to public school together, will have you racing through the 366 pages of propulsive narrative.

Debra Craine
The Times
...compelling, a page-turner which manages to follow all the conventions of the genre while never becoming a cliché itself. Theo Merz
The Telegraph
The Murder Bag is the start of an exciting new series. Everyone's Talking About - Good Housekeeping

Parsons draws you in with a shocking event, which then leads to the meaty business of the primary mystery keeping you completely hooked throughout...We reckon there’ll be many more Max Wolfe books to come. Boyd Hilton
Heat Magazine
If you're looking to invest your evenings in a new crime series, you've found your man. Shortlist Magazine

A relentless plot, evocative prose and compelling (and wrenching) portraits of the characters, good and evil, conspire to make this a must-read. And I have two words for hero Max Wolfe: More. Soon. Jeffrey Deaver
Full Review 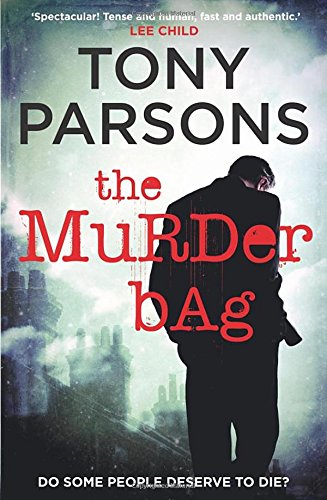