HOW WELL DO YOU KNOW THE PEOPLE NEXT DOOR?

A young married couple flee the city, exchanging their small London flat for a gorgeous honey-coloured house in the country.

Lana and Roman are determined to begin again in this little corner of paradise.

It's their chance to put the terrible truth of what happened one night in London behind them.

But their new neighbours have secrets of their own.

And when Lana learns about the previously happy family who lived - and died - in her new home, she begins to wonder how safe she really is.

And whether her new dream home is about to become the stuff of nightmares ...

Kate Cooper manages the translation rights for Your Neighbour's Wife

I can testify it is a real humdinger!

Such a compelling read - and a brilliant depiction of both marriage and infidelity. There's unputdownable and there's walking-into-lamp-posts with the latest Tony Parsons in your hand.

We were gripped by this new psychological thriller, Your Neighbour’s Wife, by best-selling novelist Tony Parsons

The gifted Parsons has written a poignant stand-alone story that bears comparison with his 2000 novel Man And Boy.....Laced with humanity and the shadow of guilt, it is Parsons at his very best.

I absolutely loved it. I tore through it in two sittings. It’s hard to put down. This tale of an illicit one-night stand with devastating consequences is a hugely successful read.

Tony Parsons is a great thriller writer. And more than that, he’s an insightful and thought-provoking observer of the intricacies of human relationships – and the lies we tell each other.

It's a story that's been told before but rarely as powerfully and classily as this. Beautifully written and observed, this is one to savour. 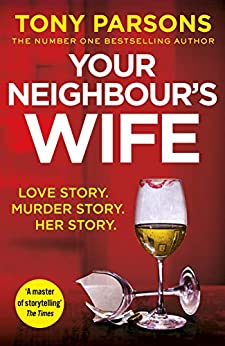