Tony co-wrote this affectionate look back at the 'history' of the Cricklewood studios with Peter Capaldi.

The documentary rediscovers the forgotten stars from the Cricklewood Studios as well as its ultimate downfall after Terry Gilliam bankrupted the studios directing the expensive flop Professor Hypochondria's Magical Odyssey.

The Cricklewood Greats airs February 5th at 9pm on BBC4.

Media
Reviews
Some of the silliest and most obviously spoofy little touches were the funniest, such as the various faux film titles mentioned in passing Isabel Mohan
The Telegraph
what an effective satire this was... Smart and funny, it left me hoping that reports Capaldi has plans for a rock ‘n’ roll follow-up are true. Laura Pledger
Radio Times
It wanted to have fun with the reverential arts documentary too, and it did it very nicely Tom Sutcliffe
The Independent
a richly imagined, brilliantly executed and very funny alternate history Gabriel Tate
Time Out 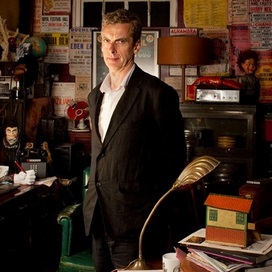