In 1810, a sister and brother uncover the fossilized skull of an unknown animal in the cliffs on the south coast of England. With its long snout and prominent teeth, it might be a crocodile – except that it has a huge, bulbous eye.

Remarkable Creatures is the story of Mary Anning, who has a talent for finding fossils, and whose discovery of ancient marine reptiles such as that ichthyosaur shakes the scientific community and leads to new ways of thinking about the creation of the world.

Working in an arena dominated by middle-class men, however, Mary finds herself out of step with her working-class background. In danger of being an outcast in her community, she takes solace in an unlikely friendship with Elizabeth Philpot, a prickly London spinster with her own passion for fossils.

The strong bond between Mary and Elizabeth sees them through struggles with poverty, rivalry and ostracism, as well as the physical dangers of their chosen obsession. It reminds us that friendship can outlast storms and landslides, anger and jealousy. 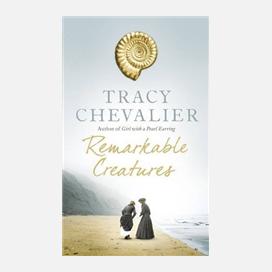