UK → HarperCollins
US → Plume
When American Ella Turner moves with her husband to Lisle-sur-Tarn, a small town in southwestern France, she hopes to qualify to practice as a midwife as well as to start a family of her own. Instead she is disrupted by less-than-idyllic village life and strange dreams of the color blue. Haunted by sleepless nights, bewildered by her unwelcoming neighbors, Ella tries to forge a bond with her new home by investigating her French ancestors, with the help of seductive librarian Jean-Paul. Ella’s research takes her to the Cévennes, isolated mountains in the south and the birthplace of the Tournier/Turner family.

16th-century peasant Isabelle du Moulin, known as La Rousse for her red hair, is suspected of witchcraft and tormented for her association with the Virgin Mary even after she and the rest of the village have converted to the “Truth” – the new Protestantism as preached by Calvin’s ministers. When she becomes pregnant, she has no choice but to marry into the powerful Tournier family. The Massacre of St. Bartholomew in Paris sends waves of persecution throughout France, and the Tourniers are forced to flee their home near Le Pont de Montvert for a new life in the Swiss town of Moutier. Old ways follow them there, however, and Isabelle's final shocking fate lies undiscovered — until Ella Turner's arrival four centuries later…
Rights

Kate Cooper manages the translation rights for The Virgin Blue 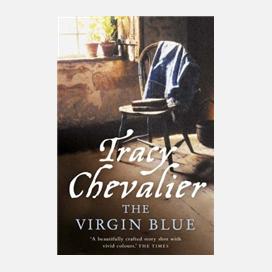