Niente di vero/Lost on Me

A smothering mother whose sole moral principle is her own anxiety; a father obsessed with hygiene and wall-building who condemns his children from an early age to a life of boredom; a brother who’s a child prodigy and the center of attention. Surrounded by this clan of flawed, comical relatives, Veronica grapples with herself in becoming a woman. We follow her failed attempts at emancipation, her discovery of sex, the loss of her father. Her childhood stories unfold chaotically, freely, scattering unforgettable pebbles before her along the way.

Comedy is her chosen literary device, the passkey with which to delve deep down, because memory is a consummate saboteur, and writing, like recollection, risks forever distorting one’s identity.

In this seemingly intimate story is the meticulous account of emotional short-circuits, the paralyzing energy a family can embody, the ever-uncertain endeavor to become a woman.
With the tense, pungent prose of her restless intelligence, Veronica Raimo surprises us with a new voice in the Italian panorama, one that succeeds in taking the most hackneyed of topics – the family – and turning it on its head with bursts of daring wit, giving us the gift of great laughter, and the turbulent and therefore realistic depiction of a woman of our time. “In my life I never see the glass half full. Or even half empty. I always see it on the verge of toppling over.”

Reading this book is a joy. When a writer finds a voice that maybe she didn't suspect she had, everything explodes: the writing catches fire, it has fun, it runs and hides in the most unexpected corners.

In the beginning there is family. With much laughter, Veronica Raimo tells us that, especially if you're a daughter, that beginning also coincides with the end. 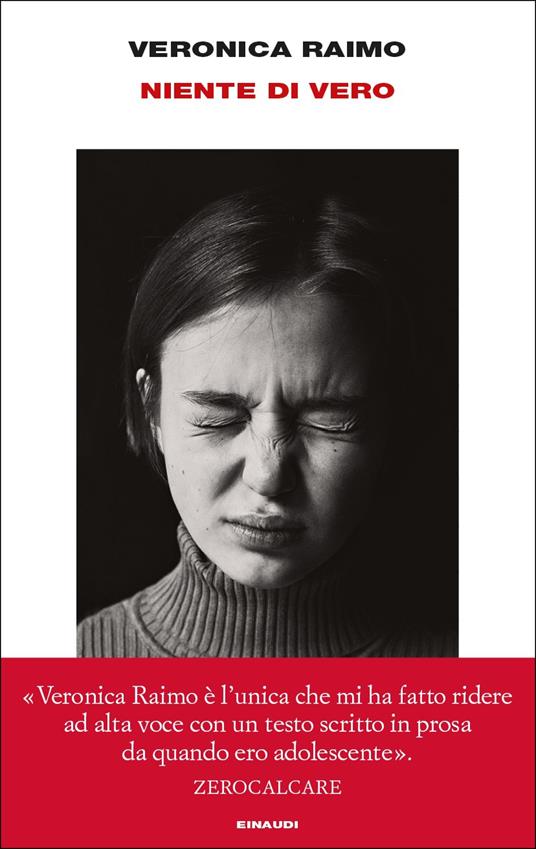