In the searing heat of an unnamed South American city, a gang of child-thieves runs wild. Demi has the gift of speed – he can pick a pocket and be gone before his victim has even noticed he was there. Baz is his lookout – no one sees her unless she wants them to. It’s like a game: dodging the law, keeping one step ahead, being the fastest, the cleverest, the best.
Media 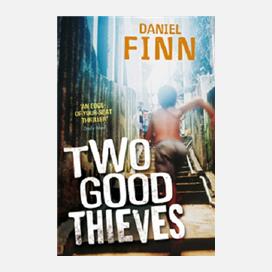