A Song from Dead Lips

UK & Comm → Quercus (Ed. Jon Riley)
US & Canada → Mulholland (Ed. Joshua Kendall)
London, 1968. The police are called to a residential street in St John’s Wood where, hidden under a mattress, lies the naked body of a murdered young woman. The victim has no identification but Detective Sergeant Cathal Breen believes she may be one of the many Beatles fans who regularly camp outside Abbey Road Studios.

Swinging London is in full swing, and the youth of the nation are embracing a freedom of which their parents daren't have dreamt. No one embodies this new sensibility more than Tozer, the female policewoman assigned to help Breen with the case.

With his reputation tarnished by an inexplicable act of cowardice and still recovering from the death of his father, Breen knows that this case is his last chance to prove he is up to the job.
Rights

William Shaw's powerful debut novel is searing suspense and a haunting look at the 1960s. Murder, politics, international intrigue - the brutal death of a young woman set against the dark background of Abbey Road. The dialogue is razor-sharp and the London scene is brilliantly authentic. SHE'S LEAVING HOME is thriller-writing at its best. Linda Fairstein

Convincing atmosphere, lively dialogue and a fun cop duo unites Beatlemania, English racism and the Biafran war in this atmospheric tale. Marcel Berlins
The Times Full Review
A neat take on an over-examined decade William Shaw
The Express
London in 1968 is an evocative setting and Shaw skilfully re-creates an era of social turmoil and class conflict.
The Sunday Times Full Review 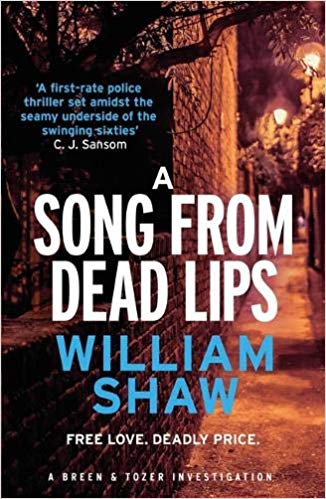