Sympathy for the Devil (Breen and Tozer #4)

She made a profit from her youth. She's not beautiful anymore - but she will be young forever.

Called away from his pregnant girlfriend, Detective Sergeant Cathal Breen knows the sight of the murdered prostitute will be with him all his life. But this is what he does: he finds killers. Helen Tozer, more than most, understands why.

The girl they called Julie Teenager had a client list full of suspects - all rich, powerful - and protected. Someone warns off the beat coppers; someone disturbs the crime scene. Breen begins to fear that this is more than the murder of a prostitute. It's political.

Then Helen, with her ex-copper's instincts and fierce moral sense, gets dangerously involved. And Breen knows he has more to lose than ever before. He is about to become a father. He can have no sympathy for the devil.

Breen and Tozer met through murder. They work in a world before forensics or criminal databases; a world that's bigoted and brutal. Tense, dramatic and ingeniously plotted, Sympathy for the Devil is a gripping police thriller that delivers crime with a conscience.

Superb thriller about a fish-out-of-water cop in the happening London of 1969 . . . A gripping, complex plot, the subtle period detail and well-drawn characters make this a real winner.

Shaw's talent for sensuous storytelling comes to the fore . . . you have the ingredients of a first-rate drama. Shaw goes from strength to strength, while making it all seem effortless.

William Shaw is a superb flowing writer, both of police procedure and personal relations, and perhaps England's most adept at using dialogue (as distinct from description) to propel his always intelligent stories. 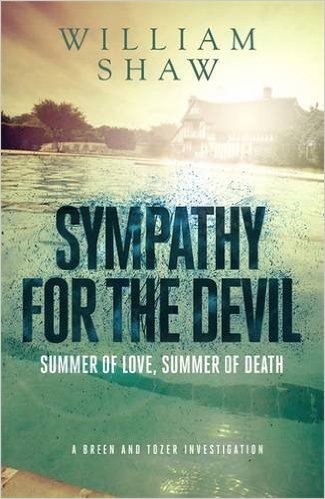