A hit and run accident.

Two families will never be the same…

Ali and Max Kennedy own a renowned artisan bakery in Dublin’s creative quarter. Max has given Ali everything she ever wanted – marriage, children and security. Now, her biggest fear is that her precious family will be taken away from her.

Across the city, Finn and Jo Kennedy live a life of responsibility and success far removed from the carefree couple they were when they first met in Australia twenty years ago. But in the best of marriages, appearances can be deceiving.

When a tragic accident befalls one of the families, a long-buried secret between the Kennedy brothers comes to the surface and a house of lies comes tumbling down.

As Ali and Jo discover life-changing truths about the men they married, each must make a decision – to forgive, to forget or to move on?
Rights

Katie McGowan manages the translation rights for A Husband's Confession 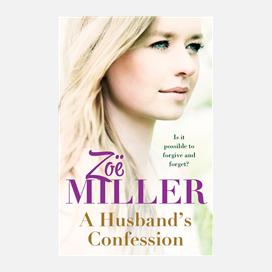