UK & Canada → Hachette Book Group
Brother and sister Jack and Serena Devlin are the owners of Tamarisk Manor, a chic hotel nestled in the wooded hills of County Wicklow. Ranked as the ultimate retreat for socialite and celebrities, it’s the perfect escape from the world.

But behind the indulgent facade, the privileged Devlin family is in turmoil...

Serena’s commitment to the hotel is taking a toll on her once dazzling marriage. She finds it easier to run a multi-million business that to be the kind of wife that her husband Paul expects, or mother that four-year-old Harriet deserves.

Jack, struggling to come to terms with the devastating death of his wife, takes refuge in La Mimosa, their sister hotel in France, determined to distance himself from the memories at Tamarisk Manor. When a chance encounter in France forces Jack to question his whole existence, he returns to Tamarisk a changed man. Serena, meanwhile, is working even harder than ever to win the coveted accolade “Haven of the Year” for her hotel.

Life for the Devlins is about to change beyond their wildest expectations.
Rights 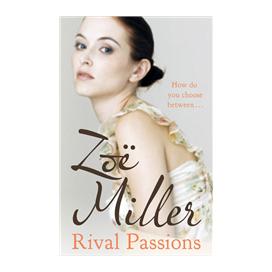