Founded in 1899 by Albert Curtis Brown, the company has a long and illustrious history as a world-renowned literary agency representing many of the twentieth century’s most famous literary figures including AA Milne, Daphne du Maurier, Samuel Beckett, Elizabeth Bowen and John Steinbeck. Today Curtis Brown’s rich heritage sits at the heart of an innovative, industry-leading, international literary and talent agency. Many great authors have passed through the portal of Curtis Brown at one point or another in their careers, and many of these remain clients to this day.

Curtis Brown underwent a management buyout in 2002, when agents Jonny Geller, Jonathan Lloyd, Peter Robinson and Nick Marston bought the company from the senior staff at the agency. In the same year Sarah Spear, Jacquie Drewe and their teams joined Curtis Brown from London Management to form what is now known as Curtis Brown’s talent department. The talent department represents not only actors, but presenters, comedians, performers and below the line talent.

In May 2012, the company restructured its management team with Jonathan Lloyd becoming Chairman and with Ben Hall and Jonny Geller becoming joint Chief Executives.

A film production arm was launched in 2008, Cuba Pictures, headed by Nick Marston as CEO and with Dixie Linder as Head of Film and Television.

With 220 people working out of its central London offices today, Curtis Brown is led by Sarah Spear as CEO. 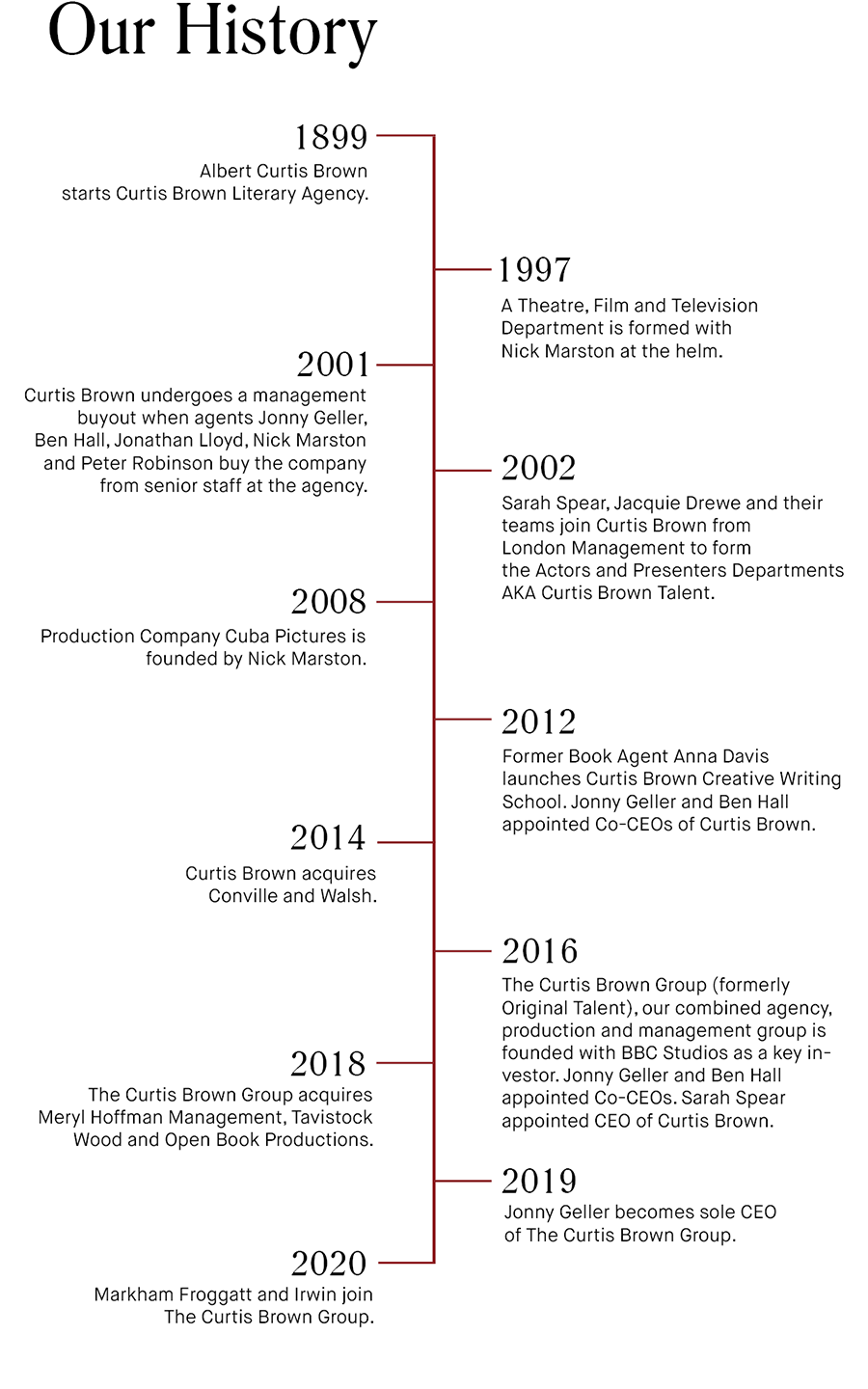